Often referred as ‘The City of Nawabs’, Lucknow is deeply steeped in history & culture and depicts everything with a Nawabi touch. Whether you talk about the culture, history, literature, art& music, architecture, natural wonders, cuisines, or the tourism, the capital city of Uttar Pradesh has something exclusive to put in front of you. The city has assimilated everything beautifully and presents it even more seamlessly. Located on the bank of Gomati River, Lucknow is primarily known to be the cultural hub of India during the reign of Muslims. The exact origin of Lucknow is not clear but the city is believed to have had existed since the long-gone Vedic period. It is said that Lord Rama gifted a city named ‘Lakshmanpur’ to his brother Lakshman and today this ‘Lashmanpur’ is known as Lucknow. However, the city got prominence only after being the cultural hub of Mughals. Let’s explore the far-fetched Mughal architecture, the rich culture, and other places to visit in Lucknow. 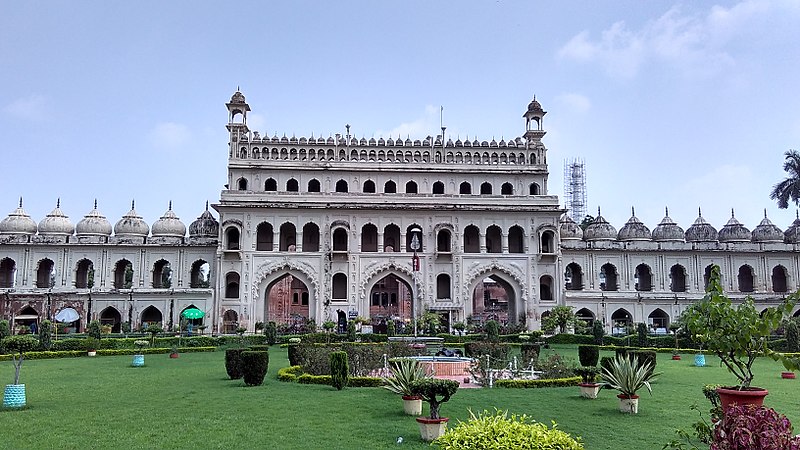 Also known as Asif Imambara, Bara Imambara is a Muslim monument or in a better word, you can call it a Muslim pilgrim. During Muharram, Muslims from all over the county visit Bara Imambara and worship their God. Apart from its such a major religious significance, the monument is known for its exceptional architecture. Like other Mughal architecture, Bara Imambara is also an unequaled feat of engineering and construction. It was actually constructed by Asif-Ud-Dowlah somewhere between in 1784-85 century and later on it turned out to be his tomb. Built of Lakhnawi bricks and arched architectural style, Bara Imambara is known for its tangled maze.  For an interesting fact, the central domed hall of Bara Imambara is said to be nearly 50 meters long which is the largest arched hall in the world without any ceiling & pillar support. With 489 doorways, this arched hall is really convoluted. In fact, it is called ‘Bhool Bhulaiya’. So, on your visit to Bara Imambara, must keep a guide with you else you would get lost.

Encompassed in an area of 71.6 acres, Lucknow Zoo is the heart of Lucknow. Lucknow is primarily known for the history buffs but among the historical monuments, Lucknow Zoo has its own charm. The zoo was established in 1921 to commemorate the visit of Prince of Wales to Lucknow.  People from all over the world flock Lucknow Zoo just to witness the diverse wildlife of city. It is called zoo but is actually no less than a national park. Abundant with rich flora & fauna, Lucknow zoo is an abode to many wild animals such as black bear, black buck, Bengal tiger, lion and rhinoceros. The zoo also provides many opportunities to do fun and adventurous activities. In addition to this wild abundance, the zoo also houses a museum where you can find sculptures, paintings, historical artifacts, and the decorative arts.

Commissioned by Muhammad Ali Shah in 1832, Chhota Imambara is a marvelous specimen of Mughal royal residence. Constructed in Indo-Muslim and Persian architectural style, Chhota Imambara portrays the sheer brilliance of craftsmanship. It is embellished with the calligraphy and numerous chandeliers which add an extra amusement to the monument. The interior designs and the spellbinding architectural style are the major catchments of eye in Chhota Imambara. Outside the memorial, you’ll find a four-storied half-finished watchtower which was supposed to be 7 storied. But in between, Mohammad Ali Shah died in 1840 and the construction was abandoned.  Chhota Imambara is also the tomb of Muhammad Ali Shah. He was buried alongside his mother. 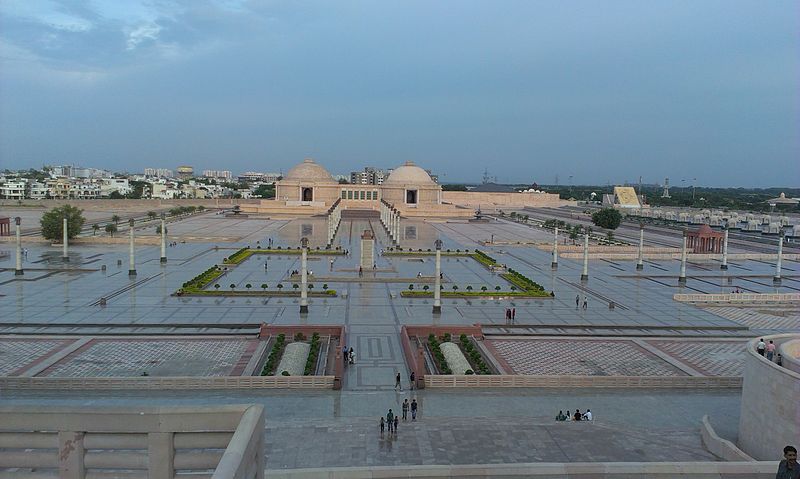 Yes, there is a magnificent park in Lucknow which was built in the memory of Dr. Bhimrao Ambedkar and to commemorate his sacrifices for equality. The park was built under the Mayawati Government in an area of 107 acres. The park is made of red sandstones which were transported from Rajasthan. The modern architecture and the cleanliness make this park a must-visit touristic place in Lucknow.

In Lucknow, even today the Muslim cultural influence is explicitly seen. The Muslim monuments and the cultural remnants would definitely make you feel for once as if you have landed in a Muslim city. Still, what binds us together is our beliefs and religious tolerance. And Jama Masjid is the symbol of it. Constructed by Sultan Ahmed Shah in 1423, Jama Masjid is the finest embodiment of fusion of Hindu-Muslim architecture in Lucknow.  Encompassing in an area of 4950 km2 and having countless pillars, Jama Masjid is the most famous tourist attraction in Lucknow. Built of yellow sandstone and adorned with the elaborate paintings & painstaking carving inspired by Hindu culture, Jama Masjid renders an aesthetic beauty to behold. After the death, Sultan Ahmed Shah was buried here only. Inside the monument, you’ll find a riveting tomb of Sultan Ahmed. 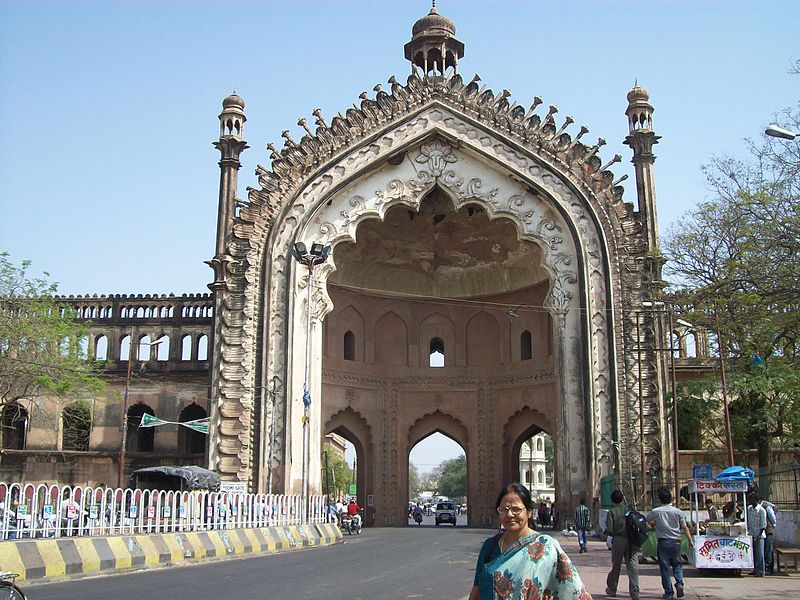 Located contagious to Bara Imambara and reaching to the neck-racking height of 60 feet, Rumi Darwaaza is the impeccable epitome of engineering skills of Muslim architecture. Built in Awadhi style architecture and carved with spectacular designs, Rumi Darwaza was commissioned by Nawab Asif -ud-Daula in 1784. The interesting fact about the Rumi Darwaza is that it has stood the test of time without any visible supporting fittings. This massive gateway certainly deserves a visit!

After visiting all the monuments and the touristic places, don’t forget to explore the old yet bustling busy markets of Lucknow. Located in the heart of the city, Hazratganj is certainly a crowd puller in Lucknow.  Hazratganj is one of the oldest and most traditional markets in Lucknow where you can get everything ranging from the Nawabi outfits to modern dresses, glittering jewelry, alluring handcrafts, decorative handlooms, and the electronics gadgets.  Don’t leave the market without relishing the scrumptious flavor of Nawabi cuisines. In Hazratganj, you can find a top-notch five-star hotel or a reasonable street stall. Hazratganj is the largest market in Lucknow so you can assume what else you can find in the honking street of Hazratganj. Once you’re done with your shopping in Hazratganj Bazaar, head over to Chowk Market. Chowk Market is particularly known for traditional and historical buffs. From the foods to garments and from handicrafts to handlooms, here everything will remind you that you’re in ‘The City of Nawabs’. In chowk bazaar, you’ll find those old things that you would not have seen before. If you’re running out of time, skip one or two monumental attractions but please don’t skip the Bazaars of Lucknow. These markets truly illustrate the seamless picture of Lucknow.

Usually, summers are not the ideal time to visit any tourist place in India because during this season, heat is really scorching. So, visit Lucknow either in monsoon months or in winter. But keep in mind that Lucknow receives high rainfall, so your trip can be interrupted in rainy season. Better, visit Lucknow in winter and enjoy the early romantic mornings in the pleasant foggy weather and serene atmosphere. Pack a heavy bag because the winter nights can go to even below 8°C in Lucknow.

How to reach Lucknow

Lucknow is the capital city of Uttar Pradesh, so you don’t need to worry about the convenience of getting there. If you’re doing so, I must say you’re affronting the state’s stateliness. Lucknow is very well connected to every corner of India by each mode of transportation. Chaudhary Charan Singh International Airport is the closest airport to Lucknow city. If we talk about the road network, Lucknow offers regular luxury and deluxe buses within the state. UP is in itself a large state, so having such a good transportation service is really applaudable. What more you can expect! The city also offers regular bus services to the major cities of India including New Delhi. Still, if road network doesn’t suit you, you can go by train. Charbagh is the most approachable railway station for Lucknow but you can also take a halt at Alamnagar, Gomti Nagar, Aishbagh Junction.

These are the most significant places to visit in Lucknow. Don’t you get thrilled by a thought of ‘Nawabi Lifestyle’? Yes?? Of course, we all get. So, if life is giving you a chance to witness it, feel it, enjoy it, and to cherish it, why you’re missing the chance. Pack your bags and head to The City of Nawabs!!!!