One of the oldest inhabited cities in India, Patna traces back the time period of nearly 3000 years. Earlier known as Pataliputra, the strongest royal kingdom in ancient India, Patna recounts a rich Indian history which can be seen all through the city. It has come a long way from the royal capital of Magadha Empire to the state capital of Bihar. Owing to its glorious past, the tourism of Patna revolves around the historical and religious monuments. Let’s have a look at the fascinating places to visit in Patna. 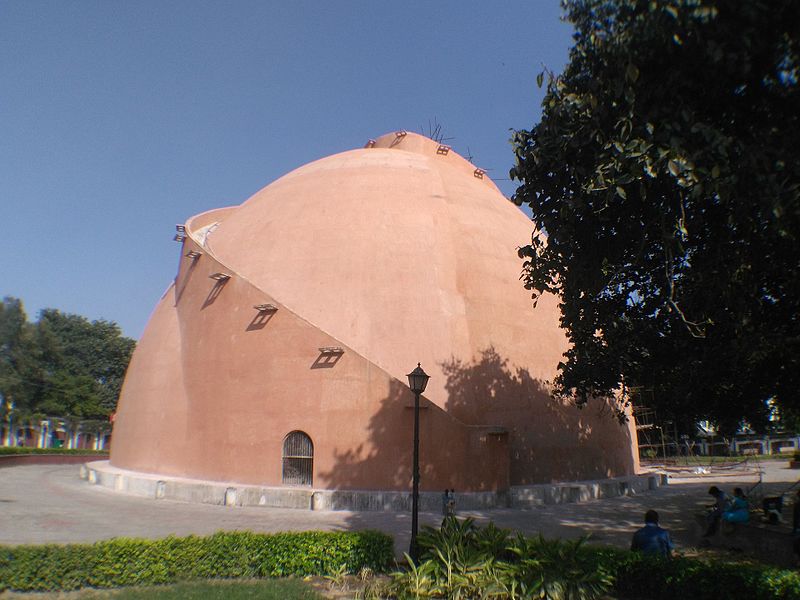 If you’ll talk about places to visit in Patna, Golghar will come first on every list. When you’ll see Golghar, at first sight, you can’t identify what this monument is all about and how old it might be. Looking like an ancient edifice, Golghar is actually a massive granary which was built in 1786 by British caption John Garstin. It was built with the purpose to serve as a storeroom but today it has turned out to be a popular tourist spot in Patna. From the rooftop of Golghar, you can have the panoramic view of the entire city. This is the only reason that makes Golghar a popular tourist destination.  There are 145 steps in a circled way that leads to the roof of the granary. Sit for a while here and let the time pass by. I can guarantee, this serene aura would make you feel a blissful inner content.

Don’t go by the name of this place. It’s not a temple rather a Gurudwara. Built by Raja Ranjit Singh in the honor of last Guru of Sikhs, Guru Govind Singh Ji, Har Mandir Saheb is probably the finest illustration of architecture in whole Bihar. From outside, it looks like a royal palace and gives a sense of royal stateliness but as soon as you’ll enter Har Mandir, the divine aura of this shrine will urge you to embark on the paths of spirituality. To add more serenity to this spirituality, the mighty tides of river Ganga leaves no stone unturned.

Don’t be surprised. Yes, Patna boasts the biggest revolving restaurant in the country and it is also probably the tallest building in Patna. The beauty of this restaurant is that it revolves in every 45, 60, or 90 minutes which can be fixed. This revolution system is based on a German technique. The interior of the restaurant looks elegant and classic. So, when you’re in Bihar, don’t miss a chance to dine out in this aesthetically spectacular restaurant. 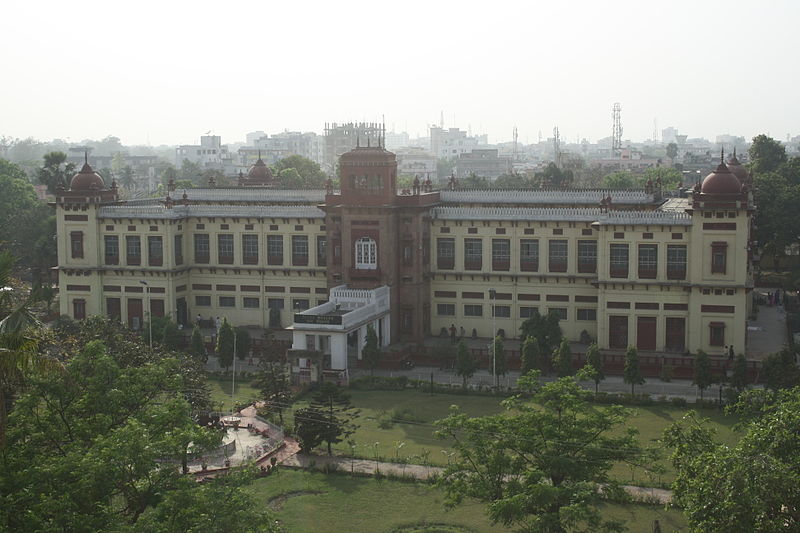 Housing more than 50000 exceptional artifacts associated with Indian culture, Patna Museum is a must-explored collection of Indian reminisces in Bihar. Spend at least 1-2 hours here and satiate your soul as well as eyes with the amazing facts. It’s not only the huge collection of the museum but also the sublime architecture that makes it a must-visit place in the city. Built in Mughal and Rajput architectural style, the museum is divided into many chambers. Each chamber showcases the artifacts of a particular period. From the weapons to the ancient coins, textiles, sculptures, paintings, instrument, and to many more such objects, Patna Museum has embraced a complete history within. It is one of the must-visit places to visit in Patna.

Located just 8 km from Patna airport, Patna Planetarium is one of the largest of its kind in Asia. Also known as ‘Indira Gandhi Planetarium’, Patna Planetarium took 5 years and a total amount of 11 crores to get completed. Since its inauguration in 1993, it has been opened for the public visit. The architectural style of this planetarium is really stunning. From outside, it looks like an enormous loop encircled by a pave in the middle. The best part about Patna Museum is that it hosts regular film shows and exhibitions narrating the facts of astronomy. Though you don’t have enough time to catch a show, don’t skip a visit to this planetarium.

Have you ever been to Ajmer Sharif Dargah? If you couldn’t, don’t miss a visit to Chhoti Dargah. Ajmer Sharif Dargah surely holds the supreme significance in Muslims but Chhoti Dargah is also famous in Bihar for the same reasons. Built in exceptionally exquisite Mughal architecture, Chhoti Dargah was commissioned in 1616 in the honor of Muslim saint Makhdum Shah Daulat. Sometimes also known as Maner Sharif, Chhoti Dargah is a three-storied mausoleum imbibed in the architectural marvel and spiritual splendor together. Owing to its significance, it is one of the most famous religious places to visit in Patna. It pulls a huge influx of tourists annually irrespective of beliefs.

Spreading in a vast area of 153 acres, Sanjay Gandhi Botanical Garden is actually a zoo that marks its presence in the list of the largest zoos in the country. The panoramic charm of this zoo won’t allow you take your eyes off even for a jiffy. Being home to 110 species of wild animals and unnumbered of floral species, Sanjay Gandhi Botanical Garden is assorted with the rich floral & fauna. The thing that keeps this zoo apart from other botanical gardens is its maintenance. Though it is extensive in size, every corner of the zoo is well preserved.

Anytime but not in summers! Seriously, summers are scorching in Patna. The normal temperature remains nearly 40-42 degree, so forget about stepping outside of your room. If you really want to make your trip memorable, visit either in winters or in early monsoon months. At the peak of rainy season, the weather can cause hurdles, so better avoid it.

How to reach Patna

When you’re talking about a state capital, you shouldn’t be bothered about the transport facility of the city. Be it roadways, airways, or the railways, the connectivity level is too high in Patna. Railway is undoubtedly the best way to reach the city. Patna railway station is just at 5 minutes distance from the main city. If you’re going by air, land in Jay Prakash Narayan Airport. From here, you can get the main city just in 15 minutes. Talking about the road network, it is well connected to other cities of India.

These are the some of the most significant places to visit in Patna. You don’t need to take out a week’s long time to plan a holiday. Two days are enough. And in these 2 days, you would get some of the best outing experience of the life. I can assure that.