6 most beautiful place to visit in Sonamarg

Among the unnumbered of alluring hill stations of Jammu & Kashmir, Sonamarg is one of them. Literally translated as ‘meadows of gold’, the hill station is perched amid the majestic Himalayan ranges at the elevation of 2730 m. Its location at such a high altitude makes it a secluded heaven brimmed with spellbinding glaciers, splendid snow-covered mountains, enthralling lakes, and lush forests.  Set gloriously in Kashmir Valley, Sonamarg is an absolute delight for the adventurous buffs and the list of places to visit in Sonamarg goes endless. So, let’s explore what it has in store that enthralls the visitors. 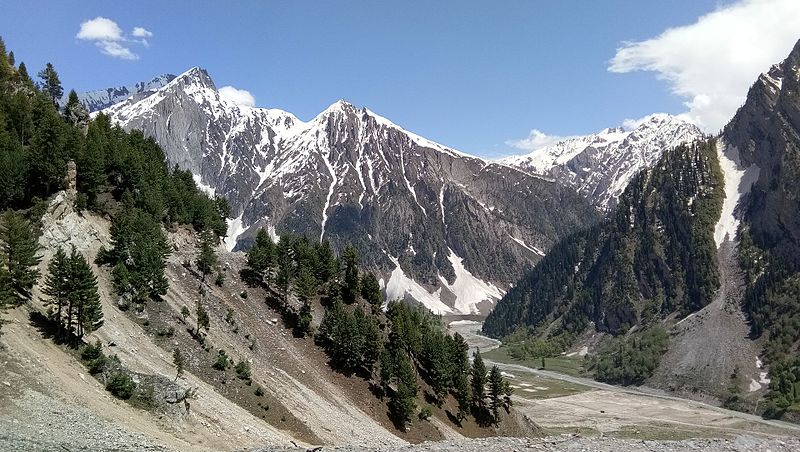 If you’re going Amarnath Temple, you’ll have the glimpse of Baltal Valley automatically because it serves as the camping ground for the Amarnath pilgrims. In fact, the valley is more popular for being a stopover of Amarnath tourists. Set on the base of Zoji-La Pass, it is a heaven for peace seekers. Though there are always tourists camps pitched in the valley, you can still feel an extremely calm aura. Washed by the pristine water of River Sindh, Baltal Valley exudes a serene and heavenly ambience. Even if you’re not in a mood to visit Amarnath Temple, must visit Baltal Valley because this is one of such place where nature rules.

Let’s start off by nature’s splendor for which Sonamarg is particularly known for. Located just 3 km from Sonamarg, Thajiwas Glacier is the soul of Sonamarg. If you want to get closer to the soul of this hill station, you would need to visit it in summers. Located at the altitude of 9186 feet, Thajiwas Glacier seems to be an iced mountain during the winters. So visit in summers and explore it to the fullest. You would need to trek through the gentle ice slopes in order to reach the hill atop. Though getting Thajiwas Glacier is a bit difficult, still, it is an acclaimed destination among the adventurous beasts.  Here, as long as your eyesight would reach, you’ll see only and only snow. Believe me, this place can give you the experience that the whole India can’t give you.

Sonamarg is especially known for enchanting water bodies. Be it lakes, glaciers, waterfalls, or rivers, the hill station is replete with nature’s unspoiled vista and Gangabal Lake is one of them. The lake originates from the mount Haramukh, so it is also referred as ‘Harmukut Ganga’. The water of this lake is considered as pious as the Ganga’s. But don’t try to take a dip because it remains chilly cold all the time. To get the panoramic view of this alpine lake, you would need to trek around 3570 m. That’s really adventurous enough to make you remember the trek forever. Fringed by the heavenly landscapes adorned with the snow and greenery at the same time, Gangabal Lake entices huge numbers of visitors.

Can you assume what is this? Well, Zoji-La pass is a mountain pass in Sonamarg that can sparkle your wanderlust if you’re a biker. Located at the high elevation of 3520 m above sea level, Zoji-La Pass connects Ladakh to Kashmir. Connecting the two most shining jewels of J&K, Zoji-La Pass doesn’t let the visitors blink their eyes even for a jiffy. Being the second highest pass in the world, this mountainous pass is really thrilling and people from all over the world mark it with their presence. A drive through the steep slopes can tremor your soul but believe me, it will enthrall you with its picturesque surroundings. Apart from its awe-inspiring charm, Zoji-La Pass is also famous for its historical reasons. Once it was captured by Pakistan but soon, Indian army had recaptured it.  So, it is a must-visit place in Sonamarg.

Being one of the most thronged pilgrim spots of Hindus, Amarnath Temple is not only famous in Sonamarg but in the whole world. People from every nook and corner of the world come to see the divine statue of Lord Shiva. Located at the elevation of 3888 m and 21 km form Sonamrg, Amarnath temple is a rock temple. Famous for its naturally formed ice Linga of Lord Shiva, Amarnath temple opens for the devotees in summers. In winters, it remains completely decked with the snow, so there is no possibility to get there. The most interesting fact about this mystic temple is that even in summers, the ice Linga of Lord Shiva never melts down even a fragile while the snow all around the cave melts down completely. Amarnath Temple also holds a strong significance in Hindu mythology, so pay a visit and seek the blessings of almighty. 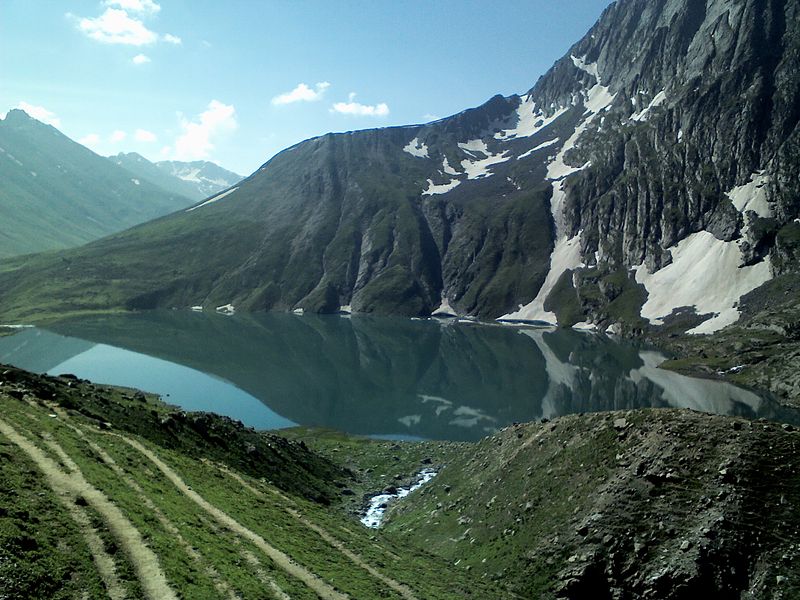 Literally translated as ‘the lake of Lord Vishnu’, Vishansar Lake is a must-visit tourist destination in Sonamarg. Like other lakes and glaciers of J&K, it also remains frozen during winters. But in summers, nature comes into life here. Located at the altitude of 3710 m, Vishansar Lake is stretched in 1 km long range. The snow covered majestic mountains, sprawling paddocks of alpine flowers, and lush green surroundings make it even more awe-inspiring. If you’re a photography buff, the pristine bliss of Vishansar Lake will give you the chance to snap hundreds of shots.

The most of the parts of Sonamarg are covered with snow in winters. So, visiting Sonamarg in this season is out of question. Heavy snowfall and land sliding can create hurdles for you.  Talking about rainy season, this is again not an ideal time to explore the hill station completely. The slippery, snowy roads and misty, rainy weather can wash out all your plans. So, be in safe side and avoid these seasons. Most ideally, visit in summers. During this season, the temperature remains between 10-20°C, so you won’t face any problem. Transports also work smoothly during these days.

How to reach Sonamarg

Sonamarg is a small hill station, so don’t expect a top-class transportation facility. It has neither its own airport nor the railway station. Located 60 km from Sonamarg, Srinagar International Airport is the closest airport. If you’re going by rail, you can take a halt either at Udhampur railway station or at Jammu railway station. They are 250 km and 300 km respectively from Sonamarg. Going Sonamarg by your own vehicle is not a good option because the hill station is not directly connected to any cities outside J&K. First, you have to reach at any major city of the state and then from there, you can head over to Sonamarg.

Being a stopover for Amarnath pilgrims, Sonamarg is also a much-loved tourist destination for the adventurous enthusiasts. So, visit the beautiful place and create the memories.