Places to visit in and around Bodhgaya

Deep-rooted in Buddhist history, Bodhgaya is probably the only international tourist destination from Bihar. The rich history and spirituality are written all over the city in the forms of monasteries, Stupas, and temples.

The city has given roots to Hinduism, Buddhism, and Jainism and today bears all those remnant marks as the tourist attractions of the city. The list of places to visit in Bodhgaya goes endless but today, let’s explore the prominent ones. 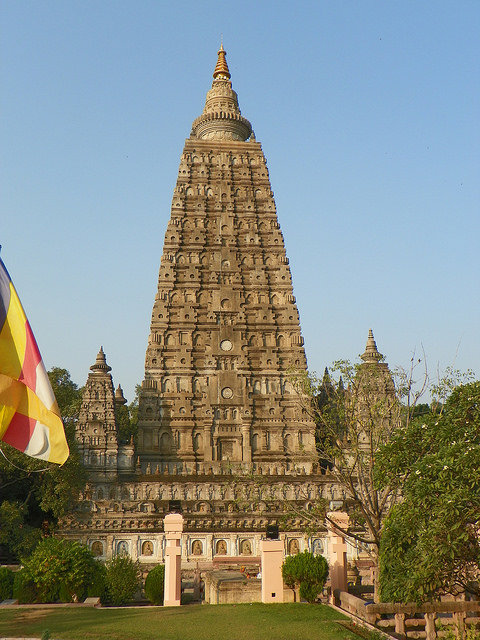 Standing tall reaching to the heights of 48 feet, Mahabodhi Temple is the soul of Bodhgaya that’s why it is ranked first on the list of places to visit in Bodhgaya. The temple is built near Bodhi tree, so it holds a strong significance among the Buddhists.

Ideally shaped in ancient Indian architecture, the temple was originally built by Emperor Ashoka in the 3rd century. Over the course of time, it has been revamped repeatedly whenever it needed. In 2002, the temple was declared as UNESCO World Heritage Site.

Though Lord Buddha is the presiding deity here and it is a Buddhist Temple, the temple spreads the message of tolerance and equality towards all religion. This is the real beauty of this temple.

Before leaving the Mahabodhi Temple, pay a visit to Mahabodhi Tree which is located within the premises of the temple and is one of the most significant places to visit in Bodhgaya.

Mahabodhi Tree is actually a Peepal tree under which Buddha is said to have attained enlightenment. Even today, you can feel a heavenly aura around this tree. Here, you’ll get the positive vibes, inner peace, and a sense of happiness for unknown reasons.

Since Buddha mediated nearly 3000 ago, it is not that same tree rather it is the 4th or 5th succession of that original tree. Still, this tree has some spiritual significance. Sit for a while here. The calm aura around the tree will surely instill a positive energy in you. 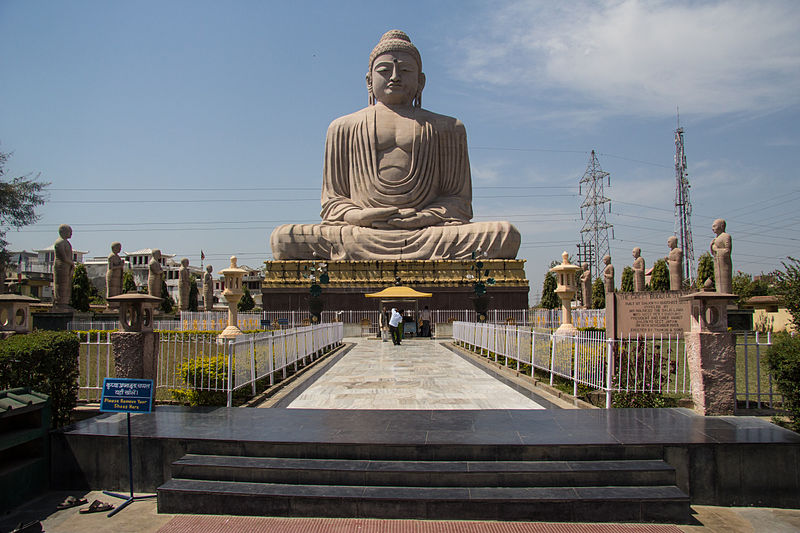 Once you have satiated your soul with the spirituality of Mahabodhi Temple, turn right and get amused with the mountainous statue of Lord Buddha that will leave you open-mouthed at the first sight itself.

Reaching to the height of 80 feet, the giant statue of Buddha is illustrated in the meditating position while sitting in an enormous lotus. Being the tallest Buddha statue in the world, the great Buddha Statue renders a spectacular sight to behold.

Made of red granite, the statue is approached by a long walkway dotted by the 10 small Stupas of prominent disciples of Lord Buddha.

Yet another monument associated with Lord Buddha and Buddhism. If you want to dig deeper into Buddhist culture and the life events of Lord Buddha, Royal Bhutan Monasteries will quench your thirst.

The monastery was built by the king of Bhutan, that’s why it is named Royal Bhutan Monastery. True to its name, the monastery is totally built in the royal architectural styles.

The sharp carvings adorned with the eye-catching embellishment are the central attraction of this monastery. The monastery houses a 7-feet-high Lord Buddha’s statue which is the sole reason for such a huge influx of visitors. 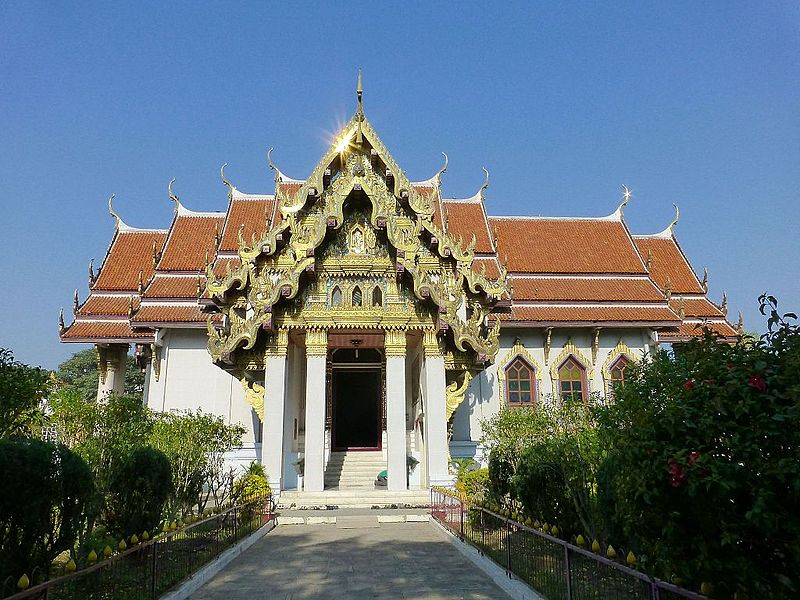 You might have seen hundreds of monasteries but in front of the architectural style of Thai Monastery, they stand nowhere. Widely known for its exceptionally carved and embellished façade, Thai Monastery is one of its kind in India.

Built in 1956 by Thailand Monarch, Thai Monastery is the finest illustration of Thai architecture in India. The sloping roofs dotted by the golden tiles render a fascinating view when sunrays kiss them.

The beauty of this monastery is that it also houses a Thai temple. As soon as you’ll step inside, a 20-meter-tall bronze statue of Lord Buddha in a garden will amuse you.

I couldn’t finish up the list of places to visit in Bodhgaya without mentioning ‘Vishnupad Temple’.  I think, Bodhgaya is a melting pot of all Asian cultures. After Thai and Buddhist cultures, now get a bit closer to Hinduism. As the name loudly speaks it, Vishnupad Temple is dedicated to Lord Vishnu and houses the 40cm long footprints of the lord himself.

These footprints are safeguarded by the huge silver plates. There are a few other temples dedicated to Lord Shiva, Lord Narasimha and other deities but mainly, it is famous for the footprints of lord Vishnu.

Built in ancient Hindu architectural style, the temple was commissioned by Maharani Ahilya Bai during the 17th century. The walls of the temple are painted with the pictures of various Hindu Gods and Goddesses.

Since the tourism of Bodhgaya goes around the monuments, temples, and monasteries, so you can visit anytime according to your convenience. The glory of the city remains same all year round but the weather is a considerable factor when you visit Bihar.

If possible, avoid winters and the monsoon months as they reach up to their peak temperature in the respective seasons. The best time to visit Bodhgaya is between the months of September to April. The weather remains pleasant throughout these months.

How to reach Bodhgaya

Bodhgaya is a center of Buddhism in India, so the city regularly receives the Buddhist monks coming from the foreign countries. Due to this fact, it has a top-class transport connectivity.

The best way to get the city is railways. Gaya railway station is only 16 km from Bodhgaya. Gaya Airport is also at the same distance but only thing that creates the inconvenience sometimes is the few numbers of flights landing in this airport.

In case, you opt for your own vehicle or hired buses, you have to go via Patna. The government buses connect Bodhgaya to the nearby cities.

When you’re in Bodhgaya, you’ll think for a moment that you’re outside of India. The monasteries and the Stupas will make you feel as if you have landed in a Buddhist land. But the truth be told, the beauty of this city will take you in a different world.

So, get ready to drive in a different world within our own country. There are a lot other places to visit in Bodhgaya. Here we have just mentioned the noteworthy ones.