Top 6 places to visit in Ahmedabad

Ahmedabad- you might have seen this name recently everywhere on the news. Lately, bagging the pride of being the first UNESCO Heritage city, Ahmedabad has taken the whole nation by storm. Now, it has made a place on everyone’s bucket list. This honor has certainly surged up the popularity of Ahmedabad but the city was never an unknown name. Being home to Mahatma Gandhi Ji, it had already garnered an international fame. With its historical monuments, ancient heritage, and new-age vibrancy, it is surely a flamboyant tourist destination of India. So, let’s have a look at the wonderful places to visit in Ahmedabad. 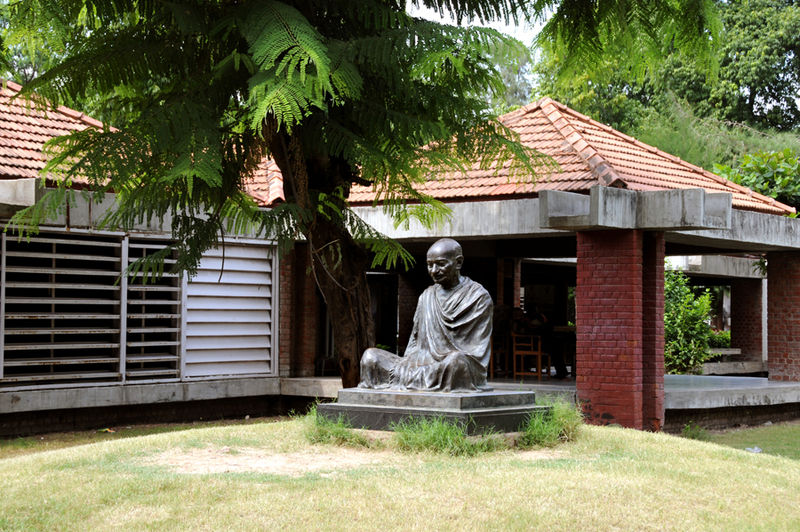 Don’t think Sabarmati Ashram just another Ashram. Owing to its significance, it is the soul of Ahmedabad attracting the worldwide tourists. Sabarmati Ashram is still in the form of Ashram (cottage). There isn’t any architectural monument that pulls the visitors. It’s only the significance of Gandhi ji that people can’t resist themselves visiting the Ashram. Manifesting the life timeline of Gandhi Ji, Sabarmati Ashram is no less than a museum for the visitors. The reminiscence associated with the life of Gandhi ji are still preserved in this Ashram. Gandhi ji had spent a great deal of his life in this Ashram after returning from Africa. So, visit the Ashram and pay a tribute to the ‘father of nation’.

As Ahmedabad was ruled by the Muslim rulers during the medieval era, the city still bears the remnants of their regime. Built by Sultan Ahmed Shah in 1423, Jama Masjid is the finest specimen of Indo-Muslim architecture in Ahmedabad. Sultan Ahmed, his family, and some of his descendants are buried in Jama Masjid. Along with the yellow sandstones, 260 supporting pillars and 15 incredibly carved domes are the salient features of Jama Masjid. Being more than a 600-year-old monument, the mosque has gone through the ravages of time. The blustery earthquakes have terribly shaken the architecture of Jama Masjid but it still manages to be a major attraction of the city. 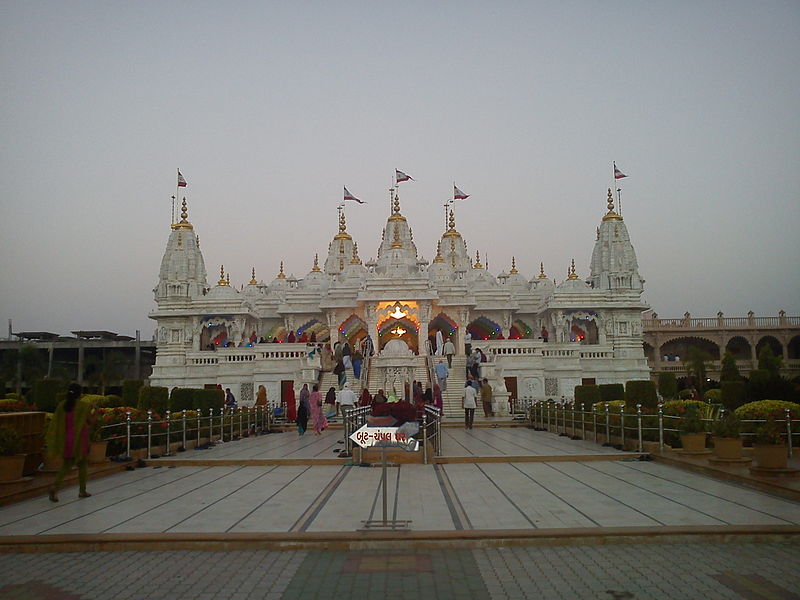 Swaminarayan Temple is the place where spirituality glorifies with the grandeur. The exquisite architecture and jaw-breaking carvings make the temple one of the finest architectural wonder of modern-age. The white marble kissed by the bright sun rays can dazzle anybody. The vivid embellishments and the stone ornamentation articulate the stellar architecture of Swaminarayan Temple. Built in 1822, Swaminarayarn Temple is an ideal place for the peace seekers. It is often thronged by the visitors still you can feel the vibes of inner peace in the temple. It is exactly located in Kalupur area of Ahmedabad, so might need to hire taxis to get the temple.

Akshardham Temple doesn’t need any introduction. There are a few other Akshardham Temples in India and interestingly, they all portray the same architectural styles as well as the reverence.  Attracting more than 2 million people annually, the temple is the crowd puller of Ahmedabad. Spreading in a whopping area of 23 acres, Akshardham Temple is probably the finest illustration of divinity mixed with an architectural glory. Dedicated to Lord Swaminarayan, it is a high revered pilgrim spot for the Hindus but is definitely a must-visit place for the people from all beliefs. The quaint surrounding and the aromatic aura around Akshardhm Temple enchant every visitor. 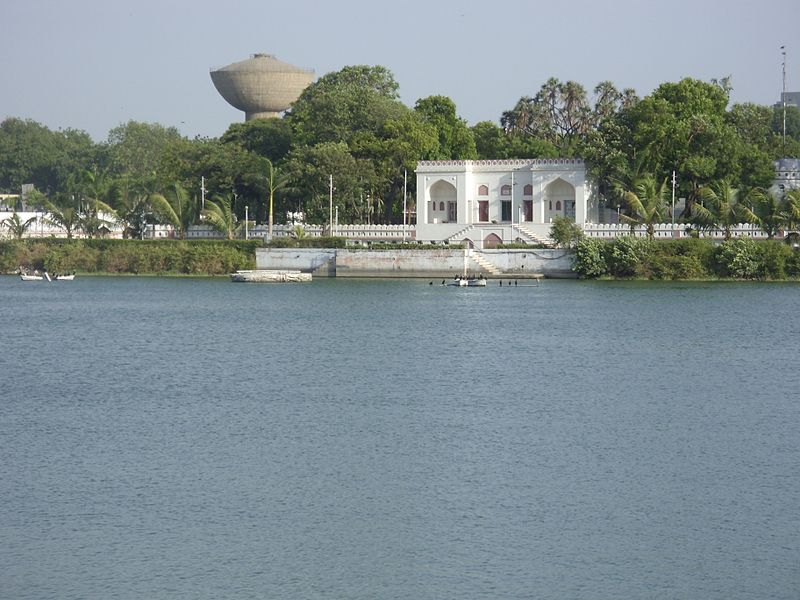 If history and spirituality are not your things, head over to Kankaria Lake where nature blooms more and more with every passing ray of sun. Situated in the south-eastern part of the city, Kankaria Lake is a perfect picnic place in Ahmedabad. Kanikaria Lake offers a plethora of activities such as boat riding, archery, gymnastics, and many more. You can enjoy whatever you want. The balloon safari and the food stalls of traditional dishes make Kankaria Lake a must-visit destination in Ahmedabad.  Built during the 15th century, Kankaria Lake is the second largest lake in Ahmedabad. The ‘Kankaria Carnival Festival’ that takes place in the last week of December of every year is a must-attend event in Kankaria Lake.

Temples are the central charm of Ahmedabad as countless well-regarded Hindu temples including Akshardham and ISKCON temple are located in the city.  And to add more glory to this spirituality, the exceptional architecture of HutheeSingh Jain Temple leaves no stone unturned. Built in 1850 in the honor of 15th Jain Teerthankar ‘Darmnath’, the temple is an architectural wonder of modern-age. It comprises of 52 shrines in a row. Each of shrines contains an idol of Jain Teerthankar adorned with the astounding ornamentation and carvings. The temple got its name form Jain merchant Huthee Singh who built the temple. Generally, all Jain temples are vividly ornate but the Huthee Singh Temple redefines the sumptuousness.

You can visit Ahmedabad anytime you want. The city greets its visitors same way the all year-round. Ideally, winters are the most suitable time to visit Ahmedabad considering the weather factor but if weather is not an issue for you, summer would be even more optimal for you because during this season, the city doesn’t remain very crowded, so you can explore all the places without any huss and fuss. Talking about monsoon months, Ahmedabad is a no exception in India. If the raindrops rejuvenate your soul, monsoon months would surely be the best fit for you.

How to reach Ahmedabad

When you’re talking about a state capital, you shouldn’t be bothered about the convenience of getting there. Obviously, the city will have world-class transport connectivity and the same goes with Ahmedabad. Sardar Vallabhbhai Patel International Airport is just 10 km from the central city. And if we talk about railways, going Ahmedabad by train is even more convenient. Ahmedabad Railway Station is just 4 km from the main city. From these two halts, you can get auto and taxis on-hand. If you’re planning to go by your own vehicles, the city has a good connectivity to the neighboring cities.

From many splendid temples to the marvelous historical monuments, from verdant gardens to the soothing lakes, and from enriched museums to the fascinating art galleries, the list of places to visit in Ahmedabad goes endless. It is a treasure trove of India. No wonder how the city became the first UNESCO World Heritage City of India.  Don’t you want to explore the heritage charm of this special city? If yes, what you’re waiting for? Pack your bags!!